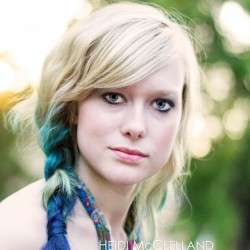 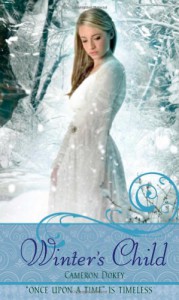 I decided that I had to read this book right away after seeing Frozen. I'm obsessed with that movie and I listen to "Let it Go" on a daily basis. Not kidding. I also read too much Jelsa FanFic. I have a problem. Not gonna even try to deny it at all.

I also want to say that the girl on the cover is not how I imagined Deirdre, the Winter's Child, at all. Maybe I'm weird to not like it, but whatever.

So there's Kai and Grace, two neighbors that have been best friends since they were born. When they turn 16 and their families have died, Kai proposes to Grace. She loves him, but she's not ready. Kai totally freaks out and things are said. Because of this, Kai meets the Winter's Child, the girl he has heard the story about many times, and goes off with her to her castle. This seems strange to me. You just meet this girl and decide to go to her house? Really? After Grace sees that Kai has left, she sets out to find him.

From the beginning, I thought that Kai and Grace would end up together. But they don't. Kai and Deirdre, who changes her name to Hope at the end of the book, get together. I thought it was weird that Deirdre changed her name. I also thought it was weird that the falcon/hawk that helps Grace turns into a human. I feel like the author just didn't want Grace to end up alone.

As much as I can't stand Kanye, this gif is pretty accurate with my reaction.

I had super high hopes, and I was pretty let down. I guess it's pretty hard to compare something to Frozen, the best Disney movie ever. And to those who don't agree...

I thought she was fine. She had a good reason to not get married, she wasn't ready. Even after Kai was a jerk in response, she still went after him. Sure, she was no Anna, but she was OK.

Now I was annoyed by this little idiot. Yeah, I know Grace did that wish thing on him, but it was an accident. After meeting Deirdre, he's like totally obsessed with her. They just met. You're pathetic.

She totally ruined my ship.

Overall, maybe I would've liked this book had I not had such high hopes after seeing Frozen. But that movie is amazing and everyone should love it. Just love it.